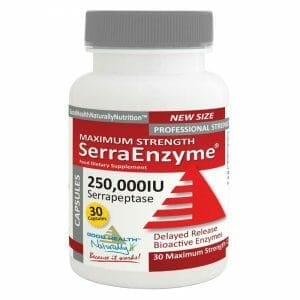 Lets take a look at Serratiopeptidase uses, the enzyme also known as Serrapeptase is a proteolytic enzyme taken from the intestine of the silkworm. It has and is used to help with pain relief and reduce swelling associated with several conditions such as arthritis, back pain, neck pain, and migraine and tension headaches.

Even though we read a lot of anecdotal evidence about Serratiopeptidase uses clearly we need a lot more clinical trials to be in a position to say that this enzyme is useful for many conditions.

Having said that many people have reported how useful SerraEnzyme has been for them.

Serratiopeptidase has been studied many times to try and understand its biochemical characteristics, Seratiopeptidase uses, its potential health benefits for health conditions, its effectiveness, side effects and whether it was safe to take with other medicines.

Fast forward to 2020 and we find that the Serratiopeptidase enzyme is now produced to be in line with specific regulations (good manufacturing practice) compatible for human use.

The enzyme is used as a dietary supplement and is separated and purified from all other molecules.

Serratiopeptidase is also known by other names and they are Serrapeptidase, Serrapeptase, Serralysin, Serratia E-15.

There have been a number of scientific studies on Serratiopeptidase, one of note where the enzyme was given to albino rats who had induced chronic inflammation of the paw for a period of ten days.

Results after the trial demonstrated that Serratiopeptidase 10 & 20 mg and diclofenac 0.5 mg had a significant reduction in chronic inflammation (40%, 68% & 72%) the tests indicate that a higher Serratiopeptidase dose of 20 mg was much more effective than the lower 10 mg dose in reducing chronic swelling and pain in rats with paw edema.

Side effects of Serratiopeptidase

How long does it take to work?

Again the exact period that it takes to work will vary from person to person.

How long does it remain effective?

There have been limited trials on this and we can’t say for certain yet.

Is it safe to take with alcohol?

No data on this, best to consult your doctor.

Can you get hooked on Serratiopeptidase?

People do get hooked on certain drugs for example codeine as a painkiller but as far as we know there are no reports of people becoming reliant or not being able to do without Serratiopeptidase.

Can Serratiopeptidase be used by pregnant women?

Usage of this product by women in pregnancy is not advisable; similarly women breastfeeding should not use this product unless prescribed by a doctor.

Long term use of Serratiopeptidase

How safe it is to use on a long term basis is yet to be established, so we recommend using it for a month, see how you feel, are there any side effects like nausea, if everything feels good take the supplement for another month and review. Depending on the individual it may take a number of months to see an improvement in your condition, stick with the product Serratiopeptidase uses are numerous providing you give it time to work.

Should I use Serratiopeptidase before surgery?