Would you like to know does Nattokinase clean arteries? Clean arteries mean that the risk from heart disease reduces significantly, medications can slow plaque build-up in arteries but they will not remove it.

Why should we believe that people are promoting Nattokinase as a natural way to clean arteries, is there some scientific evidence to back up these claims?

This post will inform you on where Nattokinase was first discovered, how it is produced in a laboratory, what are the scientists reporting about scientific studies on Nattokinase, what it is used for, does Nattokinase clean arteries and are there any side effects. 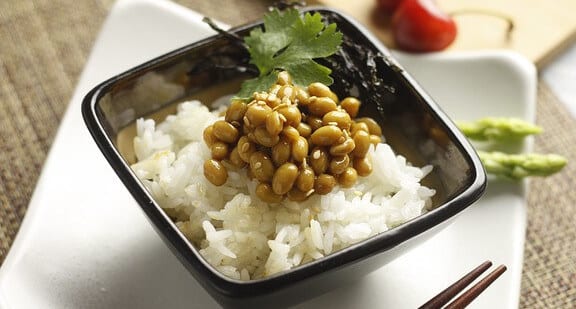 Nattokinase is a powerful enzyme extracted from the Japanese natto food ( made from fermented soybeans) natto is an acquired taste, it’s kind of cheesy and sticky.

Nattokinase is produced in the laboratory by adding a bacterium (Bacillus subtilis) natto to boiled soy beans, then it is left to be fermented.

There is only one source for Nattokinase and that is through this specific fermentation process, the enzyme is then extracted and placed into tablets or capsules, in Japan it can be bought in powder form.

In Japan and other countries natto has been in existence as a folk remedy for cardiovascular disease, blood clots and poor circulation for many years.

Since the fibrin dissolving properties of Nattokinase were first discovered in an American University by a young researcher named Dr Hiroyuki Sumi, more than seventeen studies have been completed, two of those were on humans.

The first trial on animals that I would like to draw your attention to was conducted by Biotechnology Research Laboratories and JCR Pharmaceutical in Japan, the research was designed to find out whether Nattokinase could dissolve a blood clot ( thrombus) in the carotid artery of rats.

I’d like to tell you the details of a further study on humans in Oklahoma State university by the same people from JCR Pharmaceutical and Miyazaki Med College.

The test involved twelve health volunteers (6 men and 6 women) aged between 21-55, the volunteers were given 200 grams of natto prior to breakfast, the researchers used blood plasma tests to track the fibrinolytic activity of natto, meaning how well did it dissolve fiber.

The tests concluded that natto produced a powerful ability to dissolve blood clots, the example given was that on average the volunteers time taken to dissolve a blood clot reduced significantly by 48% thus happened within two hours of taking natto.

Furthermore, the participants kept the ability to dissolve blood clots for between 2-8 hours, just to test the results again the same people were given the exact amount of natto the results stayed the same proving that natto did indeed dissolve fibrin or blood clots.

Blood clots are part and parcel of the symptoms associated with heart disease, so do we have the answer to does Nattokinase clean arteries?. I believe that we do, Nattokinase is a natural enzyme that is formulated from a food natto.

It is safe take unless you are on blood thinners, the fact that it dissolves fibrin means that it may also dissolve plaque build-up in the arteries.

” I had a pulmonary embolism caused by a blood clot in my leg and was advised by a functional medical practitioner that using Nattokinase would be beneficial after I stop using blood thinners to help dissolve the remnants of the clot that remain in my leg and to help prevent future blood clots from forming,.

I discussed this with a hematologist who was adamant against this. He thought it would be best for me to stay on blood thinners for the rest of my life.

When I brought up the fact there are several studies backing up the use of Nattokinase as a very powerful fibrinolytic (anti-clotting) enzyme and he had no idea what I was talking about…I decided to find a hematologist who was versed in functional medicine.

He was aware that I used Nattokinase, and so far all of my blood work has been fine”

“This stuff is amazing! Had high blood pressure for 1.5 years from a surgical procedure. Used fish oil and other supplements in attempts to reduce it some.

Used this nattokinase for not even a week and opened up the pipes! Blood pressure was lower than it had ever been even with the meds. So, you may have to monitor your blood pressure as you use this to ensure not to bottom out.”

“My family doctor was not amused when I told him I was dropping Warfarin. He didn’t even seem interested in learning about Nattokinase. Our pharmacist however, is interested to see some details.

That at least brightened up our day. So far all is well since making the change and I am thrilled to no longer be a Big Pharma customer.” 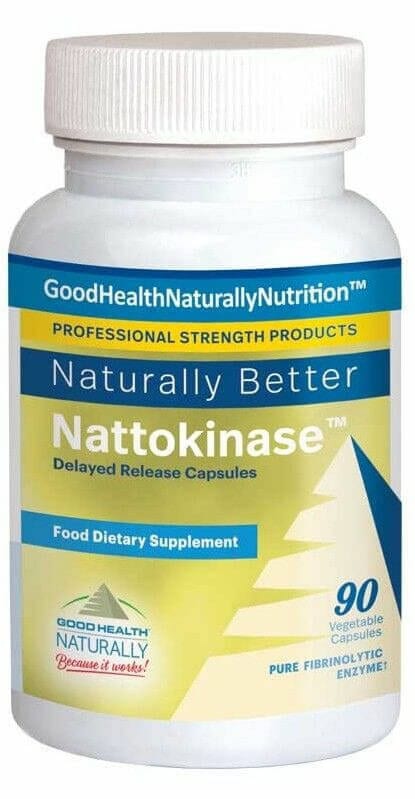 Health practitioners that practice alternative medicine believe that Nattokinase has health benefits for people with heart disease and vascular disease by reducing blood clots that are causing blood circulation problems.

Blood circulation in the amounts that is needed is the key to a healthy life, too many health conditions are caused by poor blood circulation associated with blood clots and plaque formation.

Alternative medicine practitioners believe that Nattokinase does clean arteries and therefore can be used to treat or prevent:

Unfortunately too many people don’t even know that they have the “silent killer” until it’s too late. So you can appreciate how important it is to get this information on does Nattokinase clean arteries, if you are armed with the facts you will see that there is a natural way to remove artery plaque and possibly have a much healthier life.

A Chinese study in 2018 of 76 participants with hardening of the arteries ( atherosclerosis) were given Nattokinase (150 mg) each day for 26 weeks, the results were very encouraging nearly 37% experienced reduction in plaque in their arteries compared to the group that were given a statin ( simivastatin 20 mg) experienced a drop of nearly 12%.

During the trial what came to light was that Nattokinase actually increase the levels of HDL or “good cholesterol” whereas the statin drug did not, it must also be pointed out that simivastatin reduced total cholesterol where Nattokinase did not.

The findings are a little contradictory but they do highlight that a lot more work needs to be done on the potential fibrinolytic properties of Nattokinase and the implications for circulatory disorders’ including heart attacks, strokes and other disorders’ related to hardening of the arteries.

A stroke is caused when a blood clot travels up to the brain with sometimes devastating consequences, cardiovascular disease and the health of your brain are interlinked, during the recent past a study in 2015 suggested that Nattokinase may offer protection for people with ischemic stroke by slowing its progression.

The American Heart Association reported on a trial where animals that had a Nattokinase dose given to them before an induced stroke were found to have no blocked blood vessels in the brain placing a limitation on damage to brain tissue.

Deep vein thrombosis or DVT is a medical word used to explain a blood clot in a deep vein in the leg, DVT occurs more in older people that have underlying conditions or may be obese.

The Scientific Reports published a 2015 study stating that a single (100mg) Nattokinase dose taken by mouth broke down fibrin (a blood clotting protein) in a more effective manner than a placebo.

This discovery is even more evidence that Nattokinase may be the answer to does Nattokinase clean arteries because the research points to the fact that Nattokinase provides protection against deadly clot formation in blood vessels in the arteries.

Are there side effects

Because Nattokinase is derived from a food source (natto) eaten in Japan for centuries it is thought to be safe to take, some studies say that 2,000 fu twice a day for up to 6 months is the permitted dose.

The studies tell us that Nattokinase can have a positive influence on blood circulation, however there are certain groups of people that should use Nattokinase with caution:

Nattokinase is commonly produced in tablet or capsule form, the dosage are frequently described in FU (fibrin units) so for example 2,000 FU converts into 100 mgs, there is no standard recommended dosage but up to 4,000 FU have been used safely up to twenty-six weeks.

In my opinion does Nattokinase clean arteries, I would have to say on the balance of probability and based on Nattokinase testimonials it seems that Nattokinase is worth trying for the many millions of people that suffer from circulatory disorders’ causer by plaque build-up and blood clots.

It would seem to be safe to take considering that it comes from a food source in doses of no more than 4,000 FU daily taken before meals with water, not to be taken by the people mentioned in side effects.

Where to buy Nattokinase

I suggest that you only buy Nattokinase from sell 100% organic Nattokinase and are tested by an independent body, I recommend that you go to the Good Health Naturally website where you will find more information on the cost and delivery options for Nattokinase.