This article looks at the question is there  natural remedy for high cholesterol? This is a great question and one that I have thought about for many years. I speak from personal experience having had high cholesterol symptoms since my early thirties culminating in a massive heart attack at age 45 which almost killed me.

My family history was poor considering that three of my uncles died from high cholesterol and heart disease before they reached their 60th birthday. I didn’t pay attention to any cholesterol treatment, I did read about the effects of high cholesterol

During my thirties my doctor prescribed the usual statin drugs to lower my high cholesterol level and to some extent this did work bringing it down but never far enough to feel safe. Over the years I have read a lot about the side effects of taking statin drugs over a long period of time and to be honest I often wondered if there were other ways to reduce cholesterol or was there a natural remedy for high cholesterol.?

Why does your cholesterol rise?

I needed to find out why cholesterol rises in the first place and I wanted to establish some facts and myths surrounding high cholesterol and low cholesterol, some of the facts about statin side effects I found disturbing:

1.Cholesterol is produced naturally in our bodies, it is a waxy substance and your body needs it to function properly. Foods that we eat like eggs, dairy and animal products give us cholesterol but too much cholesterol is bad for you. It is a kind of lipid just like fat but unlike fat you can’t burn cholesterol off.

2.The body transports cholesterol and protein throughout the body in a protein fat bubble known as a lipoprotein.

LDL’s known as low density proteins support and move cholesterol (bad cholesterol)  to the tissues. High LDL’s are known to be linked to heart disease

HDL’s known as high density lipoproteins support and move any excess cholesterol back to your liver; your liver will process and excrete the excess cholesterol. The higher your HDL the lower the risk from heart disease. LDL’s and HDL’s are only found in blood.

Triglycerides are found in dairy produce, meats and cooking oils, they are a dietary fat, additionally our liver makes triglycerides, they are used by tissues and cells for energy production or they may be stored in the body as fat.

Food does contain Triglycerides, best advise after consuming a meal containing a high level of Triglycerides it can take several hours for the levels to get back to normal. 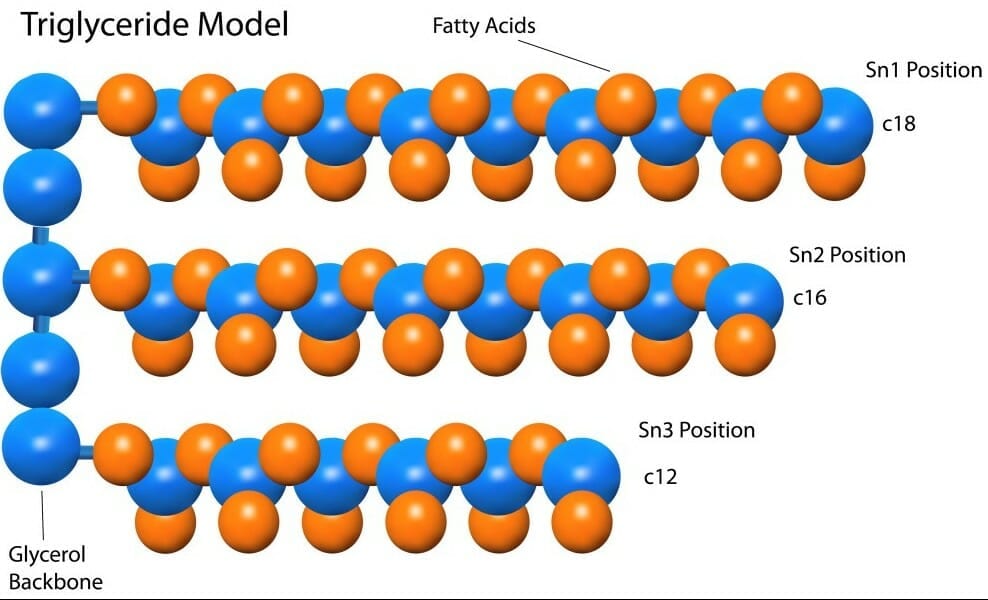 If your Triglyceride level is high it can have a major impact on your risk of heart disease similar to the risks from high cholesterol, as many as one in five people have high triglycerides according to Dayna L. Dinwoodey MD and Cardiologist from the Lahey Clinic in Burlington, Massachusetts.

Based on a fasting blood test, these are the levels

Very High Triglyceride: 500 mg/dL or above

Contrary to prior nutritional information, there is not a clear link between dietary intake of cholesterol and increased cardiovascular risk; the focus is on lowering saturated fat and trans-fat in the diet. The new 2015 dietary guidelines by the U.S. government removed the limitation on cholesterol in the diet.

How do you lower your Triglyceride levels?

On the other hand, this study in 2015 by the US government goes against past information on nutrition, the study stated that the evidence of a clearly defined link between taking in cholesterol through your food and the risk of a cardiovascular episode was unfounded, in fact the government removed that limitation.

The normal route that most people take after being told by their doctor that their cholesterol levels are too high is to take the prescribed statin drugs, these are the most common statin drugs on the market

At the time of my heart attack I was taking Lipitor, my cholesterol did come down to 6.9 but this reduction didn’t stop me having a massive heart attack. Some years later I did some research on the side effects of statin drugs and I wanted to find out if there was a natural remedy for cholesterol.

Side effects of statin drugs

Statin drugs have been used by Doctors to reduce cholesterol for years, they are proven to be very effective. However, it is important to point out that statin drugs have been linked to problems with digestion, muscle pain and brain issues, there have also been some reports of liver damage.

There are many natural ways to reduce your cholesterol including drinking more red wine, eating oats for breakfast, eating fish with omega 3 fats, drinking black tea and eating nuts.

Believe me when I stopped taking statin drugs and switched to a more natural way to reduce my cholesterol, some worked but to a large extent the results were disappointing.I continued my search for a natural remedy for cholesterol that would have long term benefits with no side effects.

In 2017 I discovered a little known natural remedy for cholesterol and the results have been staggering, you can read more about that HERE.