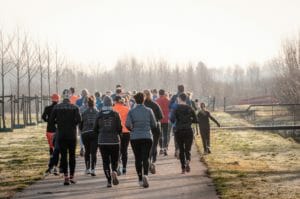 These are genuine customer testimonials, none of these people have received a gratuity from Good Health Naturally.

We would like to thank them for sharing their experience with Serrapeptase.

“I’m so glad I heard that program. I bought myself a bottle and after two weeks the pain lessened.”

Walking was agony for Mrs Malone. The severe arthritis in her knee was so severe and none of the many prescribed medicines she tried had any lasting benefit. By chance she tuned into Dennis the Chemist on her local radio station and heard the name Serrapeptase for the first time. ‘Worth a try’ she told herself.

Says Mrs Malone: “I’m so glad I heard that programme. I bought myself a tub and after two weeks the pain lessened. Then I ran out of it and the pain returned. I’ve been on it ever since. I take 2 in the morning and two in the evening and it has definitely helped me.”

“Recently I went for blood tests because I am anaemic and it appears that both my blood count and cholesterol levels have improved so maybe Serrapeptase has given me other benefits. I tell everyone about it and I just know I’ll go on taking it forever.”

I suffered from an ear & sinus infection for several months. I took three rounds of very strong antibiotics. Within days of taking two tablets each day of Serrapeptase, there was an improvement, and the infection is completely gone now. I am very conservative and cautious about taking supplements; but I was pretty miserable and decided to try the Serrapeptase. In addition to the ear and sinus healing, I notice that I am feeling better overall. I am continuing to take two tablets each day and have started my frail, elderly mother on two tablets each day. She has chronic allergies and breathing problems and I am amazed that, although it is a miniscule dose, she seems to be improving…Really! The best thing is that there have been absolutely NO negative side effects. I appreciate the information you have provided and thank you very much.

When I was taking Serrapeptase it helped my really terrible catarrh, I could hardly breathe in the mornings. Someone advised me to try Serrapeptase and it certainly moved the catarrh. My friends are also using it, One man had trouble with his foot and another had a similar problem with catarrh. We all agree it is very much to be recommended. And I make a point of getting to bed by 10.30 the night Dennis the Chemist is on the radio….the first thing he ever mentions is you’ve guessed it Serrapeptase

‘I have had terrible problems with Catarrh for many years.’

I have found SerraPlus caps marvellous for me. I have had terrible problems with Catarrh for many years. Several of my family have it, so it may be genetic. I developed asthma through stress, but managed to get rid of that by changing my diet and having cranial osteopathy, but was still left with the catarrh. A friend suggested serrapeptase and since I started taking the Serraplus my nose is clear and I no longer have to constantly clear my throat. I am really pleased with them.

Posted on February 16, 2009. Filed under: A Practitioner’s Story, Testimonials |

I first started ordering Serrapeptase for my neighbour that has cancer. I am her Naturopathic Counsellor. She had a cough that wouldn’t go away and one of the groups I am in recommended Serrapeptase. After taking 2 tablets 3x a day of the 40,000 IU, for about six weeks, her shortness of breath had lessened, her voice was back to normal, and her cough had subsided to just a little.

After doing much research on this product, I decided to buy a case. I gave some to my brother and his wife, my sister, and my son. I started taking 2 capsules 2 x a day of the 40,000, the first part of March 2007. I did have any real ailments that I was targeting but, being a smoker, (I know I should quit), I realized the benefits it would ring. I had a constant pain in my back for over 20 years. It was something I just lived with, and never really took anything for it unless it got too unbearable. After taking Serrapeptase for about three weeks, I was talking to someone about it, and I realized I had no pain. Ever since that time, I have been pain free. This is probably the first time in my life that no matter how hard I work, (and I’m a hard worker), I am completely pain free all the time, and I feel great.

I am so amazed with this product that I talk to people all the time about it. Almost everyone I know could benefit from it one way or another. I now take 2 to 3 a day just for maintenance.