Does Melatonin work for sleep?

Does Melatonin work for sleep? That is a very relevant question for people that struggle with sleeping, if you have trouble going to sleep or staying asleep and you want to know if Melatonin is good for sleep.

Everybody produces melatonin but in differing amounts, our melatonin levels rise and fall, they are sparked off and rise when the sun sets, these higher levels in the bloodstream jump start our sleep. People turn to melatonin to help with insomnia, difficulty going to sleep and trouble staying asleep. There are other sleep issues that it could be used for delayed sleep disorder, sleep work disorder or jet lag caused by travelling across different time zones

The ageing process doesn’t help our melatonin levels, in fact it reduces the levels of it, this may be one reason why elderly people have sleep issues. We know that melatonin is triggered by low light surroundings, a lot of people these days are sitting in front of computers which isn’t natural light and doesn’t help the production of melatonin.

Have you ever heard of social jet lag? Well it something that happens to our bodies if we work different shifts or schedules week after week people that work in hospitals or factories will know what I am talking about.

Your body doesn’t know whether it is day or night because of the different shifts consequently it is hard to go to sleep.

Certain medications can affect the production of melatonin medication like beta blockers for heart conditions this can lead to bouts of insomnia. For people with insomnia extra sleep support will be needed. Let’s look at what science tells us about melatonin, sleep disorders and insomnia.

There is no dispute regarding the question does Melatonin work for sleep, Melatonin does works for sleep, albeit not as effective as sleeping medication, one advantage is that it isn’t as addictive. A circadian related disorder is common amongst people who do shift work, it helps the body to fall asleep when it needs to, it is recommended for people who find it hard to adjust to sleeping during the day after a long night shift.

A review was completed using Samueli Institute’s Rapid Evidence Assessment of the Literature (REAL©) to determine does Melatonin work for sleep in clinical trials, the review showed positive results for people who suffer from insomnia, a placebo was also used however the people on the melatonin reported improved sleep quality, better alertness in the morning and better quality of life.

People in the age 50 plus bracket showed the best results. Children also suffer from sleep disorders particularly those who have autism, in the trial children with autism were given melatonin the results showed significant improvements in the onset of sleep, sleep time, number of wake times during sleep. Insomnia in today’s modern fast paced world has become a common condition, people are trying to juggle everything that live has to throw at them, early morning starts,getting the kids ready for school, rush hour traffic, stressful jobs.

All of these things combined can increase stress levels and sometimes become a little bit down causing sleepless nights.

When this happens over a period of time it develops into insomnia meaning little or no sleep at all, of course this leads to tiredness irrational choices and eventually it takes its toll.

So how do you deal with insomnia?

First off don’t reach for medications or supplements to tackle insomnia, most insomnia can be sorted out by changing your behaviour, however this requires some discipline on your side but it will be worth the effort.

There are some good supplements that deal with insomnia from Advanced Bionutritionals.

The primary aim should be to get to a stage where your body and mind learn how to fall asleep in tandem without the use of drugs, if this approach doesn’t work only then should you look at alternatives, I recommend natural alternatives especially Melatonin. 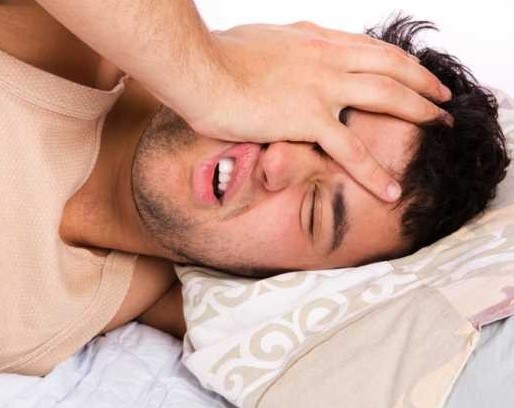 Is Melatonin safe to take?

Studies conducted over the short term and long term have reported that Melatonin usage:

We know from these studies that Melatonin isn’t addictive, we also know that the effects will stay the same even after long term use. It also indicates that if you decide to take it and stop for whatever reason your sleep won’t regress.

It seems to be safe to take in the short term, however we need more long-term studies to make an informed decision on its long-term use. During one study the research showed that Melatonin when given to people with Dementia worsened their mood.

Things to know about MELATONIN

It is produced and sold in tablet or liquid form, the tablet form may be labelled “time release” meaning that the actual melatonin is released slowly into the bloodstream, on the plus side you might stay asleep for longer, on the negative side because of the slow release it may take it’s time to have the desired effect.

Liquid or spray melatonin gets into the bloodstream faster and start to act quicker than a tablet form, for that reason we recommend a product like SleepWell because it’s faster absorption meaning you will fall asleep quicker.

Relaxwell comes in tablet form, this product contains L-tryptophan the precursor to Melatonin, this product has been used to treat sleep disorders, it produces therapeutic effect through Melatonin mechanisms.

The reports on patients have shown improvement in stage one sleep even with a low dosage of 250 mg, during a trial 2.5 mg was given to people with obstructive sleep apnoea significant improvement was shown with their symptoms.