Turmeric and Curcumin are a wonderful pairing, combined they offer some fantastic health benefits.

Curcumin is the star if the show, it is the active ingredient in Turmeric accounting for about 4% by volume. I know that it doesn’t sound like a lot but Curcumin is indeed a very potent curcuminoid.

Curcumin is a potent spice that can help with some common health conditions that involve inflammation, so let’s dive in and tell you a little bit more about Turmeric and Curcumin Benefits.

Turmeric is a spice plant sometimes called Indian saffron or Golden spice, I’m sure that if you are cooking an Indian dish you will have added turmeric spice to give the food that lovely yellow colour.

Did you know that in places like India and China Turmeric has not only been used as a food spice additive but it has been used as a medicine there for more than 4,000 years.

The Chinese and Indian people know a thing or two about natural medicine.

Turmeric is aligned with the ginger family, Turmeric stems are dried out and ground down into the yellow powder that we are all familiar with.

Did you know that over the last 25 years more than 3,000 studies have been done on the health benefits of Turmeric especially in the area of inflammation. Many of the studies have demonstrated the healthy benefits of this amazing spice.

What is Turmeric good for?

We have all heard of inflammation, it is your bodies response to an attack by a foreign invader, it literally produces inflammation in response to an injury, an infection or to muscle overuse for example an athlete or a racehorse would have sore and stiff muscles following a competitive race.

Turmeric is a fantastic way to relieve sore muscles and revive them following strenuous exercise, it’s much better for you instead of over the counter anti-inflammatory drugs like ibuprofen, its natural and doesn’t have the same if any side effects.

I’m sure that you have heard of free radical damage in our bodies, free radicals are akin to a foreign invader coming into outer systems by breaking through our bodies defence mechanisms and causing chronic inflammation and many diseases.

The research that has been done has proven the Turmeric has real potential in providing antioxidants to fight against free radical damage, so Turmeric would be helpful for conditions like Rheumatoid arthritis, hip, shoulder and elbow bursitis, and digestive conditions. 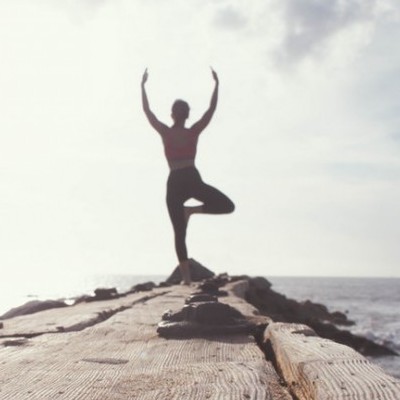 Where do the benefits of Turmeric come from?

As I mentioned earlier Turmeric by itself would not be as effective without Curcumin because most of the anti oxidant and anti-inflammatory characteristics actually come from the active compound in Turmeric which is Curcumin.

Curcumin is a compound

The arthritis foundation promote Turmeric Curcumin as an anti inflammatory that modifies the immune system responses, they point to a 2006 study that demonstrated how Turmeric was much more effective at in preventing inflammation in the joints than actually reducing inflammation.

They also point to a 2010 clinical trial that in which a Turmeric supplement Meriva (containing 75% Curcumin and phosphatidylcholine) produced improvements in patients with osteoarthritis symptoms of pain and joint mobility over the long term.

There is also a reference to albeit a very small pilot study in 2012 on people with Rheumatoid arthritis who were given the Curcumin product BCM-95, the results of that study showed that when compared to diclofenac ( a non steroidal drug) the Curcumin supplement was better at reducing swelling and pain.

Which is the right Turmeric Curcumin Supplement for you?

It isn’t a simple task to find the right Turmeric Curcumin supplement for you, a lot will depend on what you are trying to achieve in terms of your health, whether you have the symptoms of arthritis, bursitis muscle damage or digestive issues you need to know which supplement to choose.

I believe that firstly, it is important to read what ingredients are on the supplement label because you need to know that the product has all of the right ingredients, that it is quality controlled, it is a reputable and also that people that have used that product for a health condition such as yours have had good results, to find that out you could look for customer testimonials.

Some of the supplement manufacturers sell turmeric spice and it may not contain Curcumin so it would be a complete waste of money because without this active ingredient that makes up 4% of turmeric the supplement would be about as useful as spreading turmeric herb on your food.

In other words if for example you have RA symptoms and nothing else has worked or been effective you will need to look for a quality standardized Turmeric supplement with Curcumin extract.

is it available in other forms?

Of course you can always buy Turmeric or Curcumin powder or Turmeric tea, however to get Turmeric and Curcumin benefits in a meaningful and effective you will need a supplement.

Curcumin absorbs poorly so you will need Curcumin with bioperine added, that will make it much easier to assimilate into your body so you can have the full therapeutic effect. There is research showing that by adding bioperine to Curcumin can increase its absorption capacity by nearly 2000% isn’t that impressive?

How much Turmeric Curcumin should you take?

If you purchase Turmeric Curcumin capsules and for example you have Rheumatoid arthritis then you should take 400-600 milligrams up to three times daily or if you want to use powdered root take up to three grams daily.

How dies Turmeric Curcumin work in the body?

Curcumin works extremely hard to influence many biochemical pathways, pathways have an impact on inflammation and pain so when the supplement is introduced it works it’s way into these pathways and starts to make a difference in the symptoms.

Can Turmeric Curcumin help with cancer?

Rheumatoid arthritis is an autoimmune disease where the joints are the worse affected, studies seem to show that Turmeric Curcumin shows promise in treating the symptoms of RA.

The studies that were done on animals did show that Turmeric Curcumin was as effective as prescription pain killers for Osteoarthritis, the big difference it doesn’t have the same side effects if any at all.

Yes, it seems that a small dosage (500mgs) can lower your lipid profile( LDL, HDL, triglycerides)

Taking Turmeric Curcumin supplements along with a healthy diet and regular exercise will help you to get the most out of this magnificent spice in capsule form, most of the Turmeric Curcumin supplements contain between 4-500 milligram of Curcumin in each capsule. Depending on what your ailment is you will need to take 2-4:or more capsules each day with your meals, to get the best from the capsule try to have it with a meal that contains some fat, for example fatty fish like salmon, mackerel or grass fed beef.

It is advisable if breastfeeding to take Turmeric Curcumin in a dose similar to that found in food, if taken in stronger dosage it may bring on a menstrual cycle if pregnant, studies on Turmeric Curcumin whilst pregnant are hard to find so best not to take it.

If you suffer from gallbladder issues

Generally Turmeric Curcumin has a soothing effect on stomach or digestive issues however if you have gastroesophageal reflux disease don’t take it.

It may contribute to slowing blood clotting so if you have a bleeding condition do not take.

Trying to have a baby

If you are trying to have a baby it may lower testosterone levels and reduce the movement of sperm so avoid taking it.

A lack of iron

If you have a deficiency in iron levels high amounts of Turmeric Curcumin may prevent how iron is absorbed into the body so don’t use.

If you are taking the supplement and have surgery scheduled stop taking two weeks before.

Is it safe with medications?

Again it depends on what kind of medications you are taking, speak to your doctor or pharmacist about any interactions with prescription drugs, clinical trials have shown that Turmeric Curcumin is very well tolerated by most people even at very high doses, it is a natural alternative to NSAIDs and for most people the side effects are minimal.