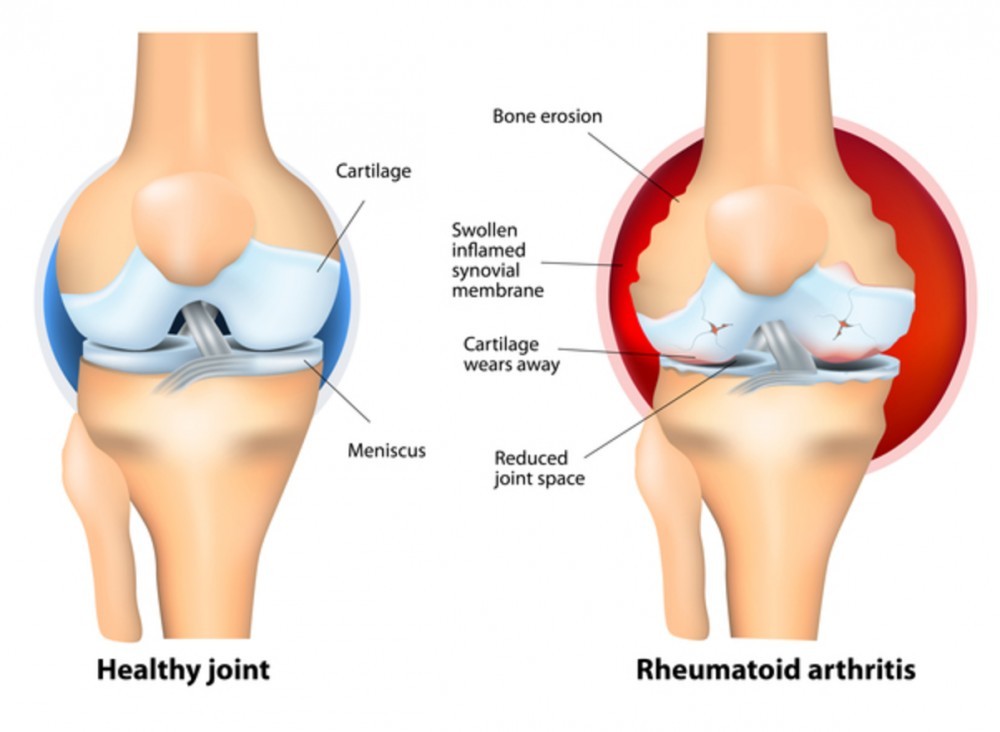 Rheumatoid Arthritis is a debilitating long-term autoimmune disease, the main symptoms are inflammation, pain and stiff joints. Research has shown that the Indian spice Turmeric could help with relieving the inflammation and symptoms that go with this condition. Most of us that cook will have used turmeric to add flavour to certain dishes especially curry, Turmeric has been used as a traditional medicine for a long time.

Scientific studies have indicated that Turmeric has many health benefits to offer, curcumin a compound is present in turmeric, it possesses anti-inflammatory properties and may be of help to Rheumatoid Arthritis sufferers in a natural way.

However before taking turmeric curcumin supplements there are a few things to consider, better to discuss using a natural supplement with your doctor before beginning the treatment. This article will give you an idea of what research is saying about turmeric curcumin and investigate the possible risks and side effects of turmeric curcumin.

Where does Turmeric come from?

Turmeric is a yellow coloured spice produced from the roots of the turmeric plant, predominately the turmeric plant is grown in places like India and Indonesia, it is a relation of the ginger family and is used to add flavour to curries. Turmeric contains the key chemical Curcumin a well-known anti-inflammatory.

What are the health claims?

People in Indian countries use Turmeric as a detoxing and cleaning for the digestive system, others claim that it reduces inflammation, pain and stiffness associated with various forms of arthritis including Rheumatoid Arthritis and Osteoarthritis, it is claimed that it can also help with bursitis. 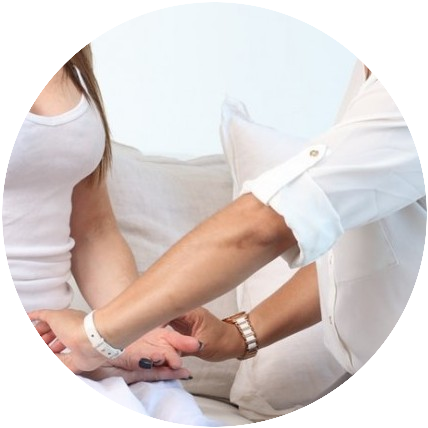 What do we know?

A very old holistic or whole-body healing method was started in India over 3,000 years ago, at that time they believed that in a holistic approach known as Ayurvedic Medicine was the best way to promote good health and fight disease.

The cornerstone of that belief was that for best health and wellness you need a fine balance between your mind, body and spirit.

In China and India traditional Ayurvedic medicine plays a big part in treating arthritis in with turmeric curcumin also inflammatory cytokines and enzymes that include COX 2 (cyclooxygenase) targeting Celebrex (celecoxib).

Ayurvedic Medicine uses a wide range of techniques and treatments. Evidence of a support for cancer isn’t reliable.

Some of the techniques might help with inflammation and pain, there may be side effects 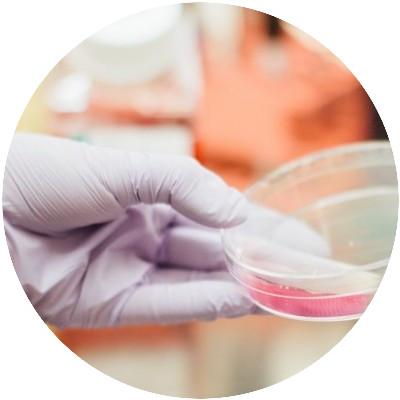 There is no doubt based on all the scientific studies that turmeric/curcumin modifies the immune system response because of its anti-inflammatory properties. in fact, one study in 2006 showed turmeric was better at joint inflammation prevention rather than reducing the inflammation.

Back in a 2010 study involving 100 patients who were given a supplement (Meriva) that contained 75% curcumin and phosphatidylcholine succeeded in providing long-term improvements in inflammation, joint function and pain for those with knee osteoarthritis.

During 2012 a more recent study involving a curcumin supplement BCM-95 patient with Rheumatoid Arthritis reported a reduction in pain and swelling, the results were better compared to results using diclofenac (a non-steroidal anti-inflammatory drug) or NSAID.

What was the dosage?

In capsule form for those with Osteoarthritis 400-600 mg up to 3 times each day, using root powder dosage 0.5 g – 1 gram up to 3 grams per day, for those with Rheumatoid Arthritis 500 milligrams each day. Note that Turmeric contains only 2-6 % of Curcumin.

We know about the anti-inflammatory properties of Turmeric/Curcumin, one of the primary reasons for Rheumatoid Arthritis symptoms is inflammation in the joints, this occurs because the immune system starts to attack healthy cells.

It can be purchased in powder as well has whole root form, of course it can be added to meals, not just curries but also rice and soup dishes. Turmeric can also be purchased in tea bag form, or just add ground or grated turmeric to boiling water and make herbal tea.

Turmeric powder can be added to your diet, however most of the studies show that curcumin with anti-inflammatory properties is only available in a supplement.

What other conditions would turmeric/curcumin be good for?

Many health conditions are caused as a result of inflammation, Turmeric/curcumin may be helpful for the following:

We can learn from other cultures in terms of traditional medicine that has worked for many years, a 2015 study review article suggested that Turmeric may have anti-inflammatory, antioxidant, anti-cancer and may lower blood sugars.

Rheumatoid Arthritis occurs because for an unknown reason the immune system by mistake attacks joint tissue that is healthy. This causes damage in the bones and joints following the inflammatory response to the attack.

In 2016 a systematic review looked at results for 8 clinical trials that were set up to find out how effective turmeric and curcumin supplements in treating the symptoms of arthritis in the joints.

The authors of the review concluded that the evidence suggested that taking 1,000 mgs per day of Curcumin for a period of 8-12 weeks may help to reduce inflammation and pain because of arthritis particularly those with Osteoarthritis and rheumatoid Arthritis.

The second conclusion was that Turmeric/Curcumin would be just as effective as anti-inflammatory drugs like diclofenac and Advil.

To be fair the authors also mention that these studies were small and of moderate quality, they are saying that more larger studies are needed to add weight to the promising studies already completed. They mention that it is advisable to use Turmeric/Curcumin in addition to conventional medicine.

Only two years ago a study that involved 36 people with Rheumatoid Arthritis were given a bioavailable (degree and rate at which the supplement is absorbed into the body) Curcumin formula for 90 days.

The results reported showed significant improvements in the reduction of inflammation and pain compared to the placebo group. A much newer study in 2018 used rats to test curcumin and its effects on joint inflammation, again the study reported a reduction in redness and joint inflammation by maintaining a blockage in the intracellular signalling process known as the mTOR pathway. 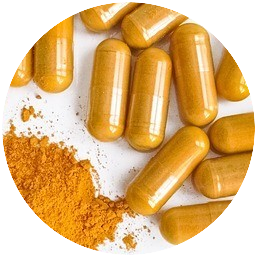 How to use Turmeric/Curcumin

First let’s look at how Turmeric/Curcumin is available, it can be purchased in powder as well has whole root form, of course it can be added to meals, not just curries but also rice and soup dishes. Turmeric can also be purchased in tea bag form, or just add ground or grated turmeric to boiling water and make herbal tea.

Turmeric powder can be added to your diet, however most of the studies show that curcumin has the anti-inflammatory properties this is only available in a supplement, it can be purchased on Amazon here.

Be careful when buying Curcumin supplements, look for bioavailable, the people that make these supplements will add other ingredients such as black piperine making the product easier to absorb into the body. Follow the manufacturer’s directions and guidance on dosage.

Depending on what the supplement manufactures recommends the Turmeric/curcumin dosage may vary, however the people that did the 2016 study recommend 1,000 mgs of Curcumin daily to reduce the pain, swelling, stiffness and inflammation associated with Rheumatoid Arthritis.

If you want to try Turmeric/curcumin for Rheumatoid Arthritis symptoms please speak to your doctor first, it may not be advisable to think about using these supplements as a replacement for traditional but rather in addition to your medicine.

What are the Side effects and risks of taking turmeric/Curcumin?

There may be side effects from Turmeric/Curcumin, most are mild, but some can be more severe, however each person will have their own experiences, the most reported side effects are:

Turmeric/Curcumin has the potential to interact with certain medications, this may or may not inhibit their effectiveness, those on blood thinners need to speak to their doctors beforehand in case of blood clotting issues, pregnant or breastfeeding women should speak to their doctors if considering these supplements.

We know that rheumatoid Arthritis is a long-term condition, the symptoms are inflammation, stiffness and pain in the joints, the evidence from the scientific studies on the Turmeric compound Curcumin point to a useful natural alternative to complement existing conventional medication.

It is recommended to try Turmeric for Rheumatoid arthritis benefits after looking at what Turmeric supplements are available online.

It is important to consult with your doctor before adding to your existing RA treatment, more scientific trials are needed to make a bigger case for the inclusion of Turmeric/Curcumin in a doctor’s recommendation to relieve the symptoms of RA or any other type of arthritis.

Of course, this doesn’t mean that Turmeric/Curcumin isn’t worth trying for those who suffer acute symptoms.

Where to purchase Turmeric/Curcumin

The variety and choice of Turmeric/Curcumin products online is good; you can purchase it in these forms on Prohealth:

To find out more on Turmeric/Curcumin products visit the Prohealth  Store here.