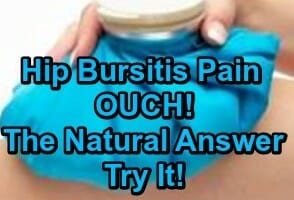 In the beginning I put the pain in my hip down to many years of playing contact team sport I assumed that my body had some wear and tear especially in the joint areas like hip, knees, and ankles.

My second assumption was that the hip pain may be related to arthritis as so many of my friends complained and were diagnosed with arthritis.

In my case the pain in my hip started off as a niggle and would last for maybe ten minutes, it would go away after I sat down, but over the following months that niggly pain progressively increased in intensity by about 50%.

I first noticed the pain when I was standing up in the kitchen cooking or cleaning, I would feel a sharp pain in my left hip area that would not go away unless I sat down

The second thing that I noticed was after going to bed the pain was there in my left hip so I would have to lie on the good hip in order to get some sleep. Approximately one year after the pain started, I noticed that not only was it present in my hip, but the pain had travelled down the outside of my leg as far as my knee.

Prefer to watch what this page is about in Video?

My work was affected

The pain in my hip was now starting to affect my work, I noticed that I had hip pain walking to client’s offices, I also had hip pain sitting at my desk for long periods. My wife suggested that I buy over the counter pain relief medications, I bought Ibuprofen and took the maximum dose, these medications had a limited effect in the sense that they took the edge off the pain but didn’t get rid of it.

I arrived at my doctor’s surgery, he asked me some questions about my symptoms and how long had I these symptoms, he then examined my hip and leg, he moved my leg and hip in different directions.

Afterwards he diagnosed me with arthritis of the hip but to confirm this he would send me to a hospital specialist for an X-ray and diagnosis, he also recommends that I keep taking the over the counter painkillers. 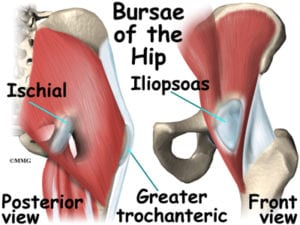 The hospital did a hip X-ray and I waited to see the consultant to discuss the results, before he discussed the results the consultant moved my leg and hip up and down and in and out to test it for pain and mobility.

He then showed me the X-ray of my hip and explained that the cartilage around my hip was 50% worn away this was causing little sacs of fluid (called bursae) that surround the hip joint to become swollen and inflamed inflammation was causing my severe hip bursitis pain.

The consultant explained that I didn’t need a hip replacement and that I my never need a new hip, however he did say that I would have severe hip bursitis pain forever, not a very appealing thought! I wondered if my hip bursitis would ever go away?

I did my research on the causes, symptoms, and treatments of severe hip bursitis pain, so a little bit of information on these 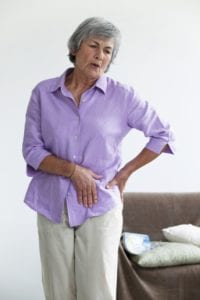 People have varying symptoms, but these are the main symptoms:

Pain intensifies after repetitive movement of the hip

Pain when walking, climbing a stairs or jogging

Radiating hip pain to the buttock, groin, knee or lower back

Hip pain when lying down

Depending on your level of hip pain a lifestyle change may help:

Rest: If you find that the activity that you are doing is causing the hip pain stop and take a rest

Medications: Pain medications such as ibuprofen, can help to ease the pain and swelling, however you need to be aware of the side effects of NSAIDs when taken over a long period of time.

Ice it: Sometimes an ice pack can bring the swelling down and cool the inflammation, try it for about 20 minutes several times per day.

Hip injection: A hip joint injection may work for some people to reduce the inflammation, it can take anywhere up to five days for it to kick in, there are associated side effects risks such as

Curcumin 4000X: This natural product contains Turmeric, it has been used for centuries in places like India and Asia as a natural way to reduce swelling, inflammation and pain. Read more click here